The Black Copper Marans has recently gathered lots of attention.

Their dark chocolate colored eggs is precisely what all the fuss is about.

Although Marans are dual purpose chickens all of the focus is on their eggs. The eggs are said to taste like no other.

Are you are looking for a chicken that lays a fabulously colored egg? 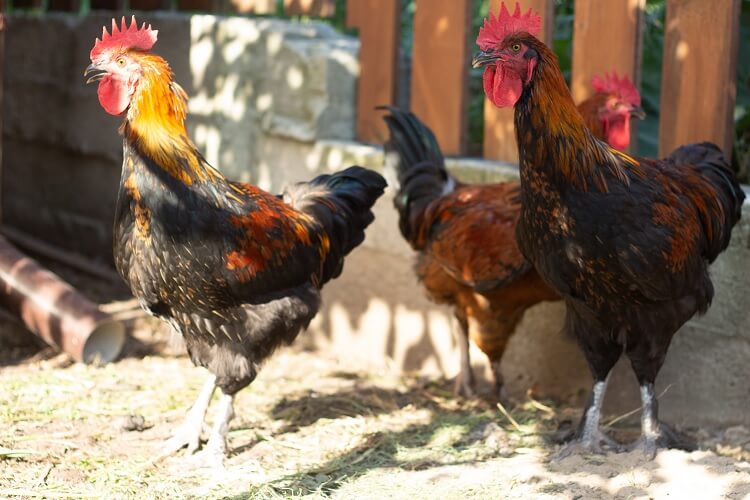 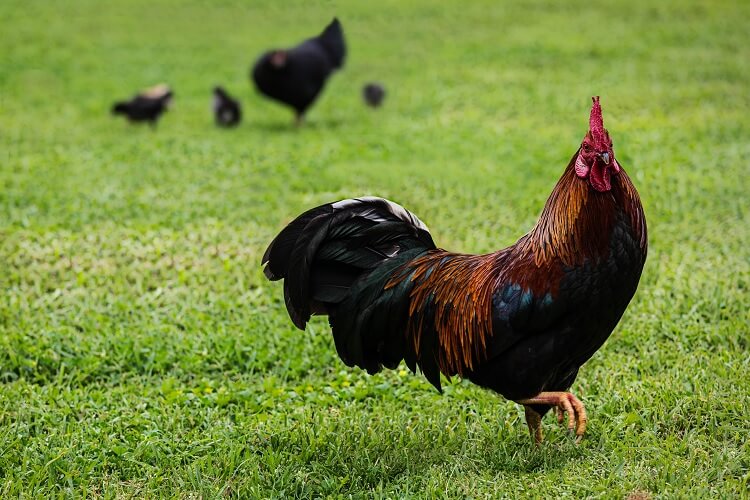 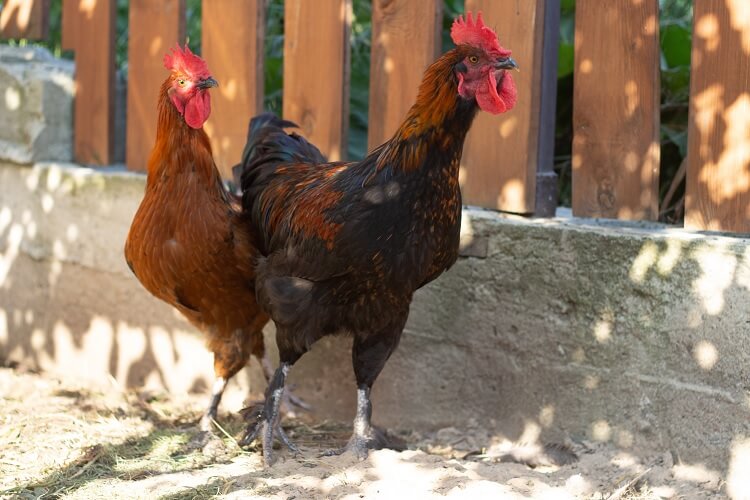 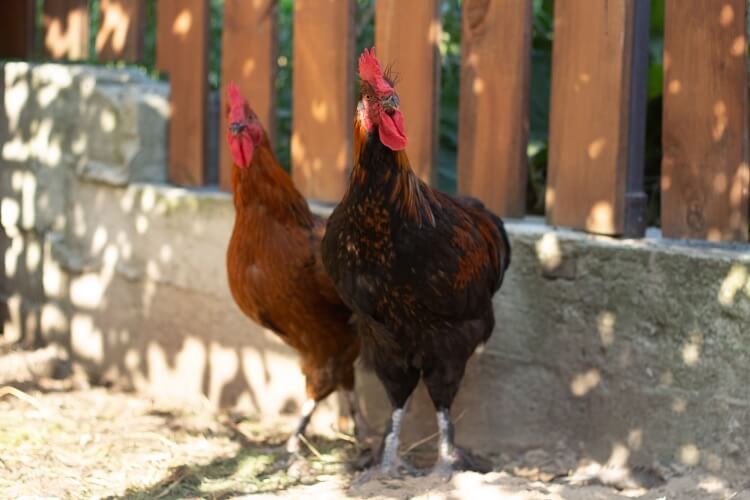 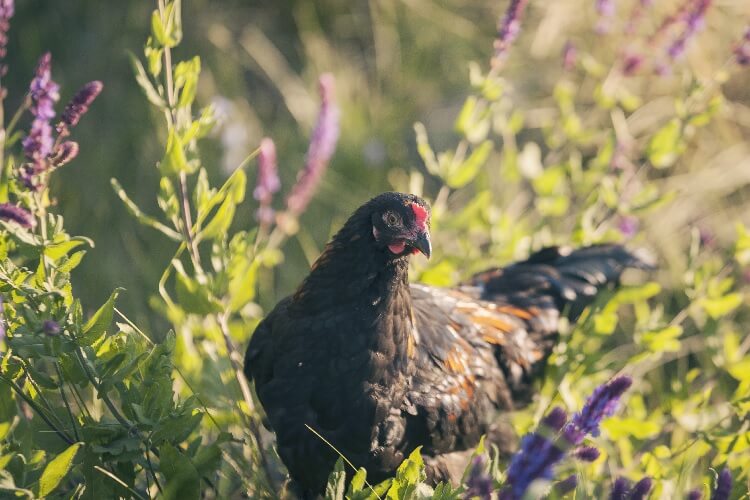 The Marans breed is an ancient breed from the south of France.

They are well known for their chocolate colored eggs and gentle nature.

Whilst their origins are not well know they are thought to be an old type of landrace bird.

Throughout the 1800s and 1900s this breed established its reputation throughout France as a fine layer of beautiful dark chocolate colored eggs.

However it was not until 2011 that the breed was recognised in America.

Whilst there are many varieties of Marans, the Black Coppers are the ones who lay the darkest egg of them all.

If you are looking for a docile and friendly breed that lays beautiful chocolate colored eggs then the Black Copper Marans could be the perfect breed for you. 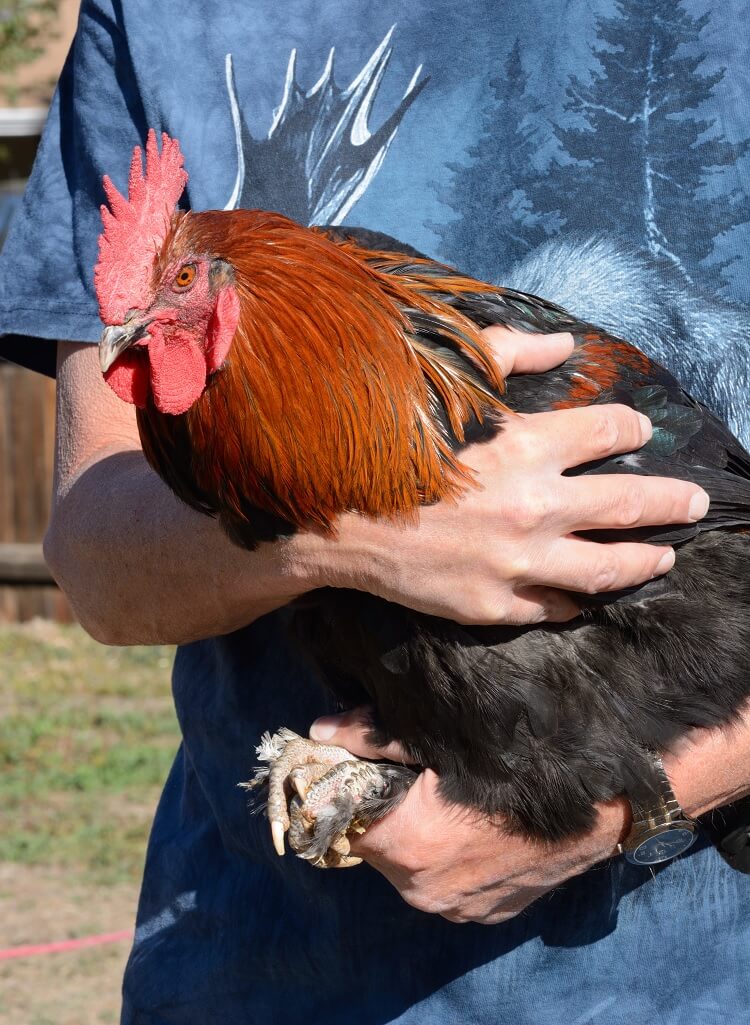 A Black Copper Marans rooster is a stunning sight to see.

His plumage is quite spectacular with copper colored feathers over black beetle sheened feathers.

The hens have more subdued colors which helps to blend into their environment. However they are still quite breathtaking to look at with their red flecked hackle markings.

These are strong and solid hens with a well put together appearance. Their head is well proportioned to their body and has a single comb with well-defined points.

Normally their beak is horn colored and has a slight downward curve to it.

Marans have white skin but the shanks should be either a pink or slate color with the soles of their feet being white.

Although feathered legs were originally optional for a Maran, the French and Americans now insist on the feathering for their standard. The UK recognizes clean legged chickens only and Australia recognizes both clean and feathered chickens.

You can expect the roosters to weigh around 7-8lb and the hens to weigh slightly less at around 6.5lb.

They are classified as Continental in the US, and large soft feathered in the UK.

In total there are nine recognized varieties of Marans:

Like other breeds there are more colors out there but only these nine are recognized in the official breed standard.

Black Copper Marans should have mainly black feathers all over their body. A rooster has reddish coppery hackles that should cascade down over his back and into the saddle area.

What Is It Like To Own Black Copper Marans? 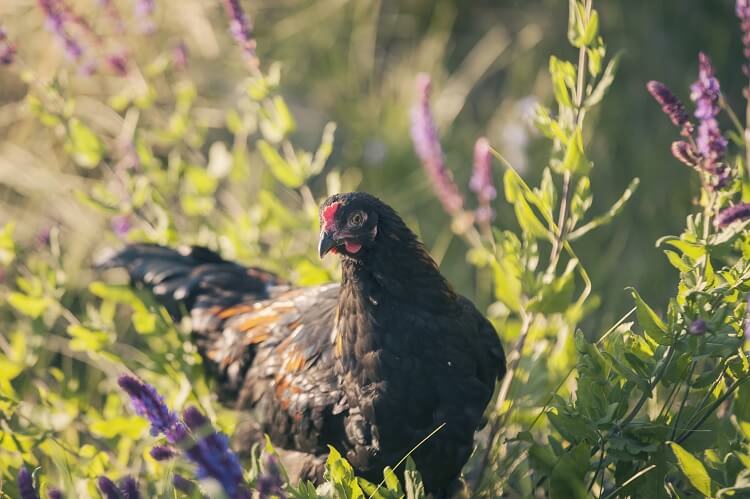 Black Copper Marans enjoy being active and you will often find them roaming the yard.

It is recommended that you let them range as much as possible to keep them healthy.

Marans are prone to obesity (which can cause reproductive problems and decreased laying) so letting them free range helps them keep the weight off.

The Black Copper Marans is a fairly quiet and gentle breed.

They are docile and not prone to be pushy around other breeds although some of the roosters can be a bit of a handful at times.

The genetic makeup of this breed contains a good share of gamecock genes, so the tendency to be a bit of a bully is not far below the surface and can surface in some roosters.

Marans hens will usually be about the middle of the pecking order – rarely are they at the bottom of the ladder.

They are best described as friendly but are definitely not a cuddly lap bird.

These eggs are a dark red/chocolate color but it can take up to 8 months until the Marans start laying.

Interestingly the pigment that gives the egg its color is in limited supply from the chickens’ body. If the hen lays more than 3 eggs per week the coloring of the egg will be slightly lighter.

Therefore the darkest eggs come from the hens that lay less.

Also the coloring will also lighten up towards the end of the laying season as their ink is running out. The normal dark coloration will resume the following season but the depth of the coloration will get slightly lighter each year.

You should be very careful when buying Black Copper Marans hens for your flock. Sadly not all breeders are honest and may use a photo of dark eggs to sell their so-so performers.

Make sure you find a reputable breeder and remember you get what you pay for.

This can be a loud or quiet chicken depending on the individual.

Some are quiet and some are drama queens.

If you live in a close proximity to your neighbors then this could be a problem. You should check with your breeder to try to understand how noisy the parents are.

The Marans is a vigorous and active breed that is well suited to almost any weather conditions.

They are very hardy chickens that are quite disease resistant.

However they can suffer with the usual parasites (lice, mites and worms) so a regular health check program is needed to keep problems down to an absolute minimum.

Also in colder northern climates frostbite can be an issue for the roosters since they usually have a large comb.

You can use petroleum jelly or a similar natural product to protect them from the worst of the winter. If you are very concerned about the cold then you can use a coop heater.

You can increase the protein percentage during stressful times such as the molt or chick rearing.

If you let them roam (more on this below) then they will supplement their ration with foraging. They are great foragers and the exercise helps to keep them trim.

Marans are one of those breeds that has a tendency to become lazy and obese if kept in confinement.

So if you are keeping them in a run make sure to keep them on a set feeding schedule.

Marans are a large chicken so they will need plenty of space in the coop.

The standard 4 square feet per chicken will do however if you can give them slightly more room that would be better.

Next up is roosting space which should be 8-10 inches per chicken. During winter you will see them crammed together but they will spread out in the warmer months.

Now for nesting boxes. The standard nesting box (12×12 inches) will suit them well and you should try to average one nesting box for every three Marans.

They tolerate confinement surprisingly well for an active breed.

You will need to give them 8 square feet each in the run.

This will help to avoid confrontation or bad habits from developing.

They have a tendency to become lazy and somewhat obese if they do not have enough to keep them active. So try to provide things in the run like perches of varying height, tree stumps to sit on and things to peck at. This will help them to while away the time without picking on each other.

If you can let this breed forage they will be much happier for it.

Their ancestors used to roam and find their own food successfully to survive and the present day Marans is no exception.

They are great at finding seeds, bugs, worms and other nutritious snacks to supplement their feed.

The more they are allowed to free range the less likely they are to become overweight.

The ancestor of the Marans chicken came from a marshy, wetland area around the French town of Marans.

These landrace birds were known locally as swamp chickens.

Many local folks kept these chickens for eggs and occasionally meat.

In and near the port of Marans, sailors would stop on their voyages to get supplies. These sailors would bring with them a motley group of foreign birds. These birds were crossed with the swamp chicken and slowly the Marans was created.

Poultry enthusiasts in the area began to experiment with the birds to improve the egg production.

So many different breeds were added to the mix that it is impossible to know for sure the exact genetic makeup of the Marans.

At the time they were known as Marandaise chickens and were famous throughout France because of the dark red eggs that they laid.

It was not until 1921 that there was an effort to standardize the plumage. Until this time Marans could be any color, plumage pattern or type.

Cuckoo Marans were the first accepted to the French standard in 1930.

Several other varieties followed and by 1932 there were six more registered colors (including the black copper).

Sadly at the end of the second World War there were just a handful of these chickens left.

It is only through good fortune and luck that the Marans exist today.

The French Agricultural ministry stepped in to save and improve the breed. Under this guidance the productivity of the breed was increased and this breed is now thriving in many backyard flocks around the world.

The Black Copper Marans rose from very inauspicious circumstances in a swampy area of southern France.

They have now become one of the most popular chicken breeds around.

Marans are great dual purpose chickens that can tolerate a wide variety of climates. They are also excellent foragers which in turn reduces your feed bill a bit during the summer months.

The Marans make a good choice for homesteaders that are looking for something different. Just do not expect to make your fortune from the eggs.

The Silver Laced Wyandotte is an American treasure. This is a dazzlingly beautiful chicken that is best known for the color of their feathers. She is best described as easy going, independent and can fit into most flocks easily. Better yet they produce a decent Read More →